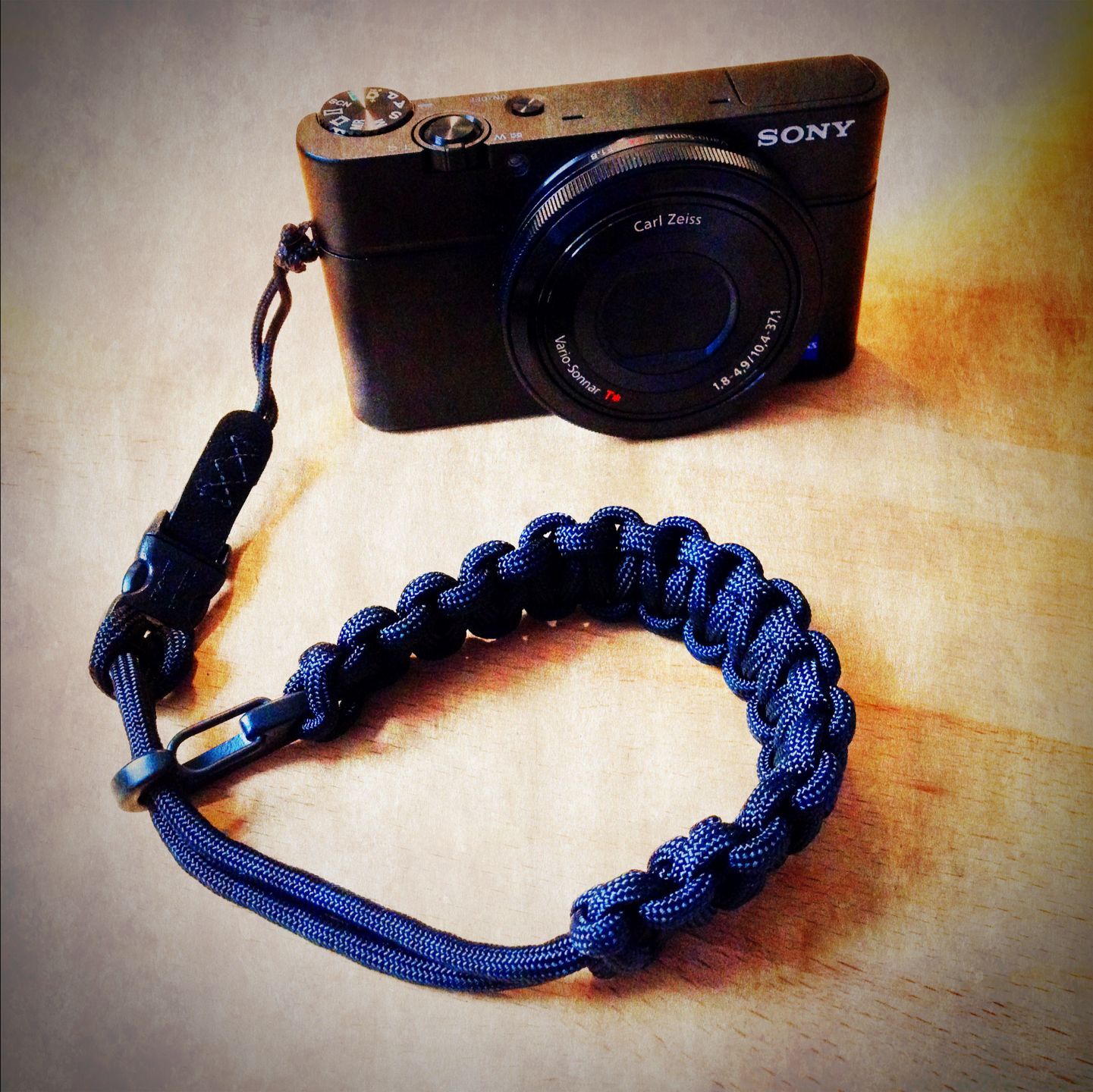 Choosing a camera — like choosing many other technological tools — is a matter of balancing compromises. Digital SLRs have a great choice of interchangable lenses and superb image quality, but they are large, expensive and heavy, and you can’t really carry them around with you every day. Compact cameras, on the other hand, are usually cheaper, smaller and lighter, but the image quality is compromised, and you are stuck with a single (albeit potentially a zoom) lens. As with anything in life, you can’t have it all, and you have to decide which aspect matters most to you.

I’ve used a Canon PowerShot G10 for several years. It is a very nice, well-built compact camera with some professional features, and I’ve been generally very pleased with the results. However, there were two things about it that weren’t ideal. First, I’ve found it a rather slow camera in some circumstances. Perhaps it’s just me, but I’ve found that the slow focusing and shutter lag make it very difficult to capture the precise moment you want. Second, for a compact camera, it’s actually rather large and chunky. It’s well-built, but you certainly can’t fit it in a pocket, or even a small shoulder bag, very easily. It sounds silly, but this last problem has meant that I haven’t taken the Canon out with me as much as I would have liked, and on several occasions I’ve been frustrated by missed photographic opportunities1.

I’ve been weighing up the alternatives for some time, but there are a baffling array of semi-professional compact and micro 4/3 cameras out there. If money was no object, I would love a Fujifilm X100S, or a Sony RX1, but they were out of the question financially (and probably a similar size to my Canon), so I had to lower my sights a bit and look for something smaller and cheaper. A colleague at work had a Sony RX100, and let me have a play with it. He was full of praise for it, and I was surprised by how much I liked it too. It’s not a flashy camera at all. It doesn’t try to replicate a ‘vintage’ look, or have a mass of buttons or dials on it. It’s sleek and functional, but the quiet and unassuming exterior hides a big sensor of amazing quality. It’s a kind of TARDIS camera: seemingly much bigger on the inside.

I’ve only had it a few days, so this is really only a preliminary review — I’ll post a more extensive one when I’ve had more of an opportunity to push its capabilities — but so far, I am really astounded by what this little camera can do.

The Carl Zeiss 28-100mm equivalent lens is very bright and sharp and offers f1.8 at the wide-angle end. This — with the optical image stabilisation — enables you to capture lovely shots handheld in low light, and get a nice shallow depth of field. For example, the image below was shot handheld right at the back of a very dark café, in the little natural light that was available. I did a tiny bit of tweaking in Lightroom, but it’s mostly as it came out of the camera. 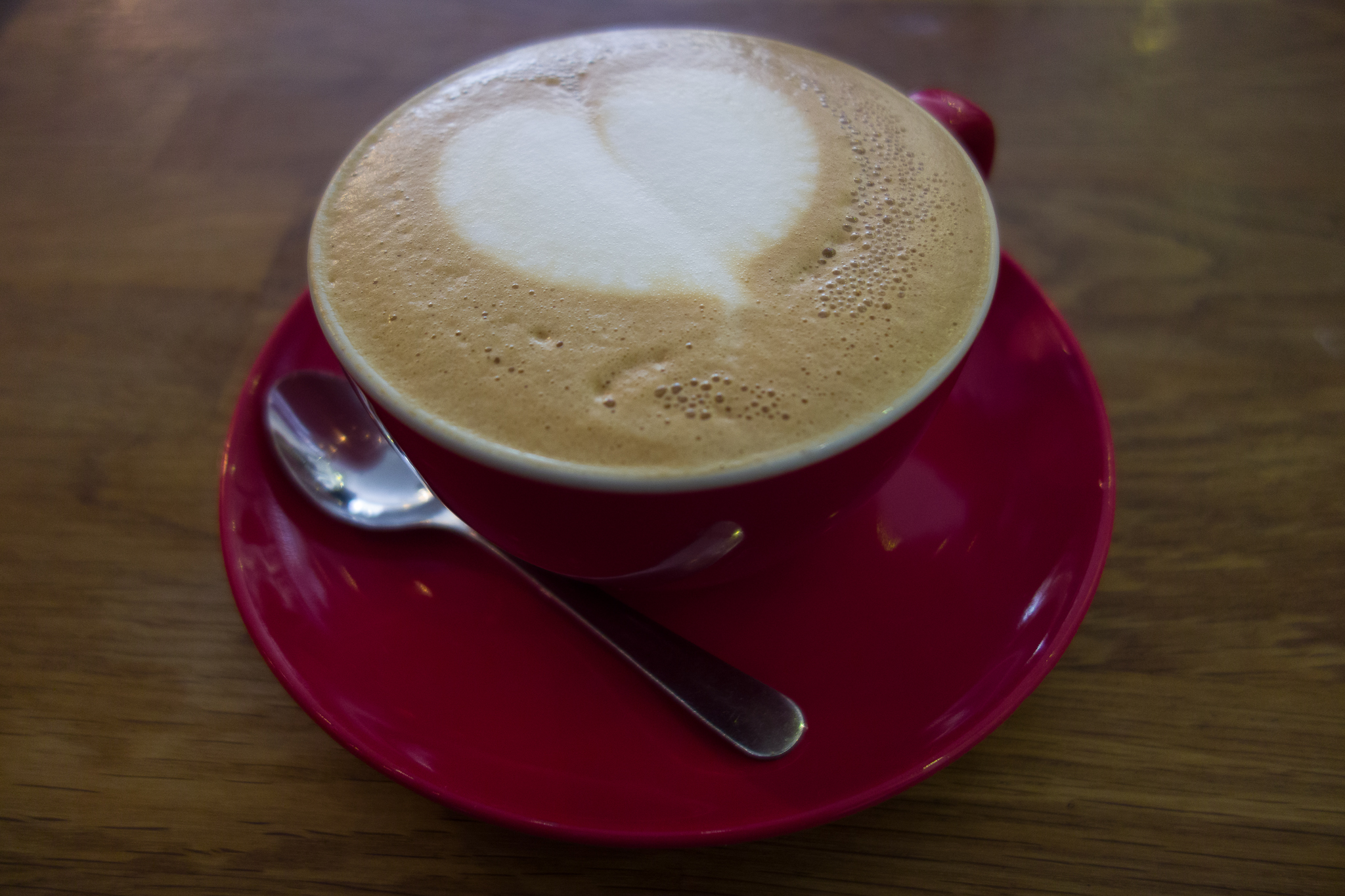 I had the aperture wide open at f1.8, and yes it’s a little soft, but I think it has an attractive, dreamy quality. I know that I couldn’t have made that kind of shot at all with my old camera.

The image quality is really superb across the board. There seems to be very little noise at reasonable ISO levels, and you can zoom right in on the image and see impressive detail. Apart from a very slight tendency to over-expose2, the shots seem to be beautifully exposed, and the colours are rich and natural. I’ve been surprised about how little I have needed to tweak images like the one below during processing. 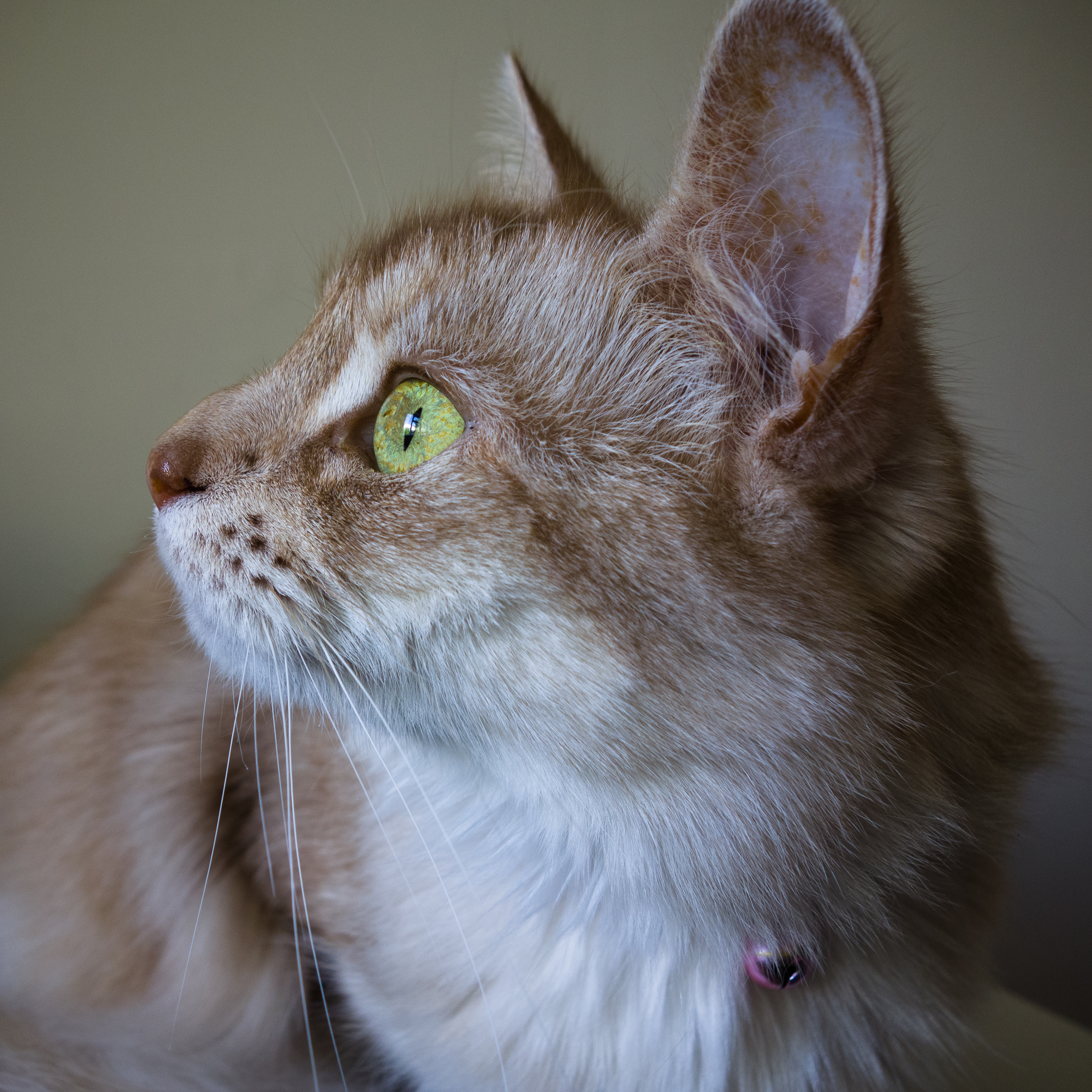 The other thing that the image above of Bianca illustrates is the focussing speed and lack of significant shutter lag. As I mentioned, I often found this a problem on my Canon, but the Sony is impressively speedy. I was watching Bianca, camera in hand, when she momentarily became very alert watching a magpie in the trees outside, and I managed to capture that fleeting moment easily.

The body of the camera is made of aluminium, and it feels generally very solid and sturdy. The only exceptions are the little doors covering the battery/card compartment and the micro USB port for charging, which feel a little flimsy. The physical controls fall nicely to hand, though the camera body is so small that those with less Hobbity hands than me might find it a bit cramped. It’s almost perfect for my hands, though I might think about fitting one of the third party grips that you can get to provide a little more purchase for your shutter hand. I’m going to live with it a bit first to see how I get on, but it hasn’t felt insecure so far.

There is the usual control pad on the back that has functions assigned to the four cardinal directions or the central button, and you can rotate the ring to cycle through settings. You can also use the control ring that surrounds the lens, which is often more convenient for things like changing the shutter speed or aperture without adjusting your grip. The menu system is intuitive and clear, and you can customise various settings for quick access when you press the Fn button. Once you’ve got it set up the way you like, it’s quick and easy to change the most common settings, despite the lack of physical buttons or dials. There are all sorts of clever software modes for low light shooting and HDR shots, but I haven’t delved into those yet.

It’s also a rather stealthy camera. The small size is partly responsible for this (it doesn’t look like a serious camera, so people tend to ignore it), but if you turn off the sounds as I have, it is practically silent. There’s just the quiet, and rather pleasant, snick of the shutter when you take the shot. I still lack the confidence to do proper street photography, but my early forays with this camera have increased my confidence somewhat. If you are discrete, and set the camera up as much as possible before you frame the shot, people tend to ignore you. 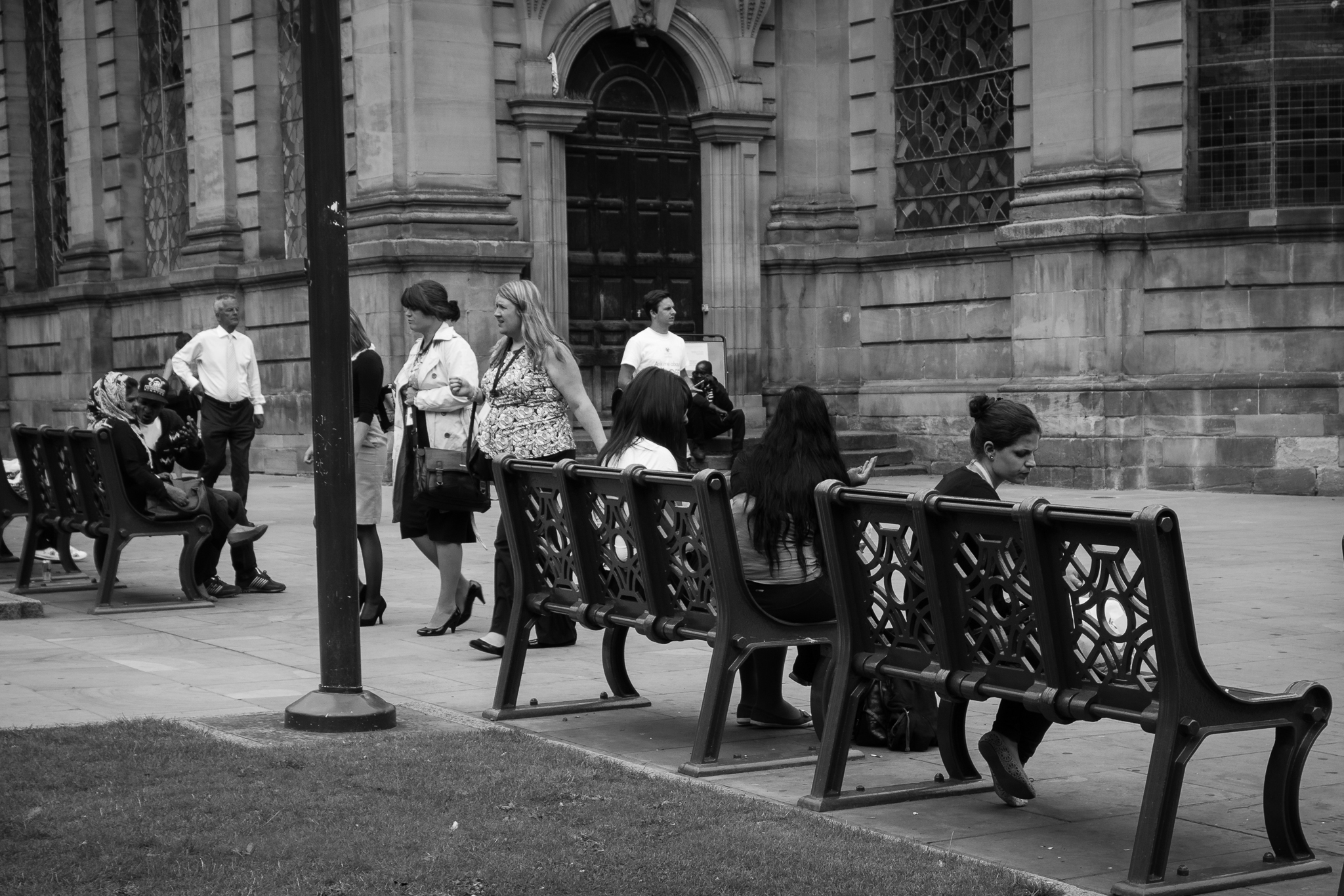 It is still early days, but my experience with this camera so far makes me confident that I’m going to have a lot of fun with it. It is discrete enough that it lets me move quietly around looking at the world3 and then capture moments as they occur. At the same time, the image quality is so good that it makes me look like a much better photographer than I really am. This is going to be fun.

By the way, if you have clicked on any of the images in this post, you will have seen that I’ve set up a Smugmug site4 to resurrect my old Wings Open Wide photoblog5. Many of the images on the site are taken with the Sony (you can view the EXIF info if you want to check), so do take a look and tell me what you think of the site and the shots.