I always smile wryly to myself when first year undergraduates say goodbye at the end of term with a “Have a nice holiday!”. They tend not to realise (at least until I’ve enlightened them) that they may be on holiday, but we academics are not. Summer can be one of the busiest times, when you try to cram in research, conferences, and updating your teaching for the coming year. This year has been no exception, and I have barely stopped since the Spring. I have just got back from a return trip to Indonesia1, this time for a conference. It was a productive and useful trip, but as is often the case for conferences, we spent most of it in a windowless room, listening to talks, rather than exploring the country. The one exception was a brilliant visit to the Buddhist temple complex at Borobudur. 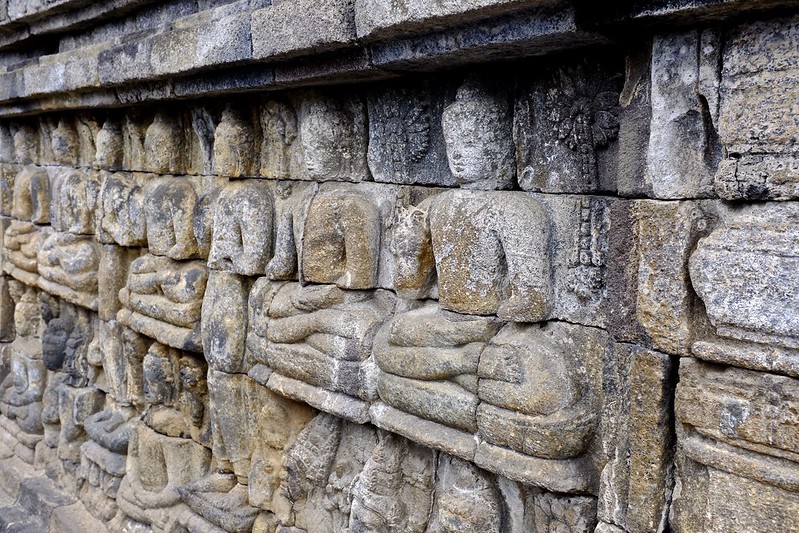 Borobudur was built in around the 8th or 9th Century and is now a UNESCO World Heritage site. It’s supposed to be one of the largest single Buddhist structures in the world, and you certainly don’t grasp the scale of it until you approach the base. The temple is a series of stacked levels. The five square levels on top of the base are lined with beautiful bas relief carvings which tell the story of Lord Buddha’s life, depict scenes from everyday life, or explain karmic laws. Above the square levels, there are 3 circular levels which feature 72 pierced stupas (bell-shaped structures), each containing a hidden statue of Buddha, and at the summit, there is a gigantic dome-like stupa.

The idea is that visitors would enter by one gate then work their way around each level (learning from the carvings as they went), then go up to the next and do the same, until they reached the top. It was a bit too crowded2 the day we visited to be able to do that, but even getting a taste of the richness of the carvings, and the incredible view from the top was amazing. 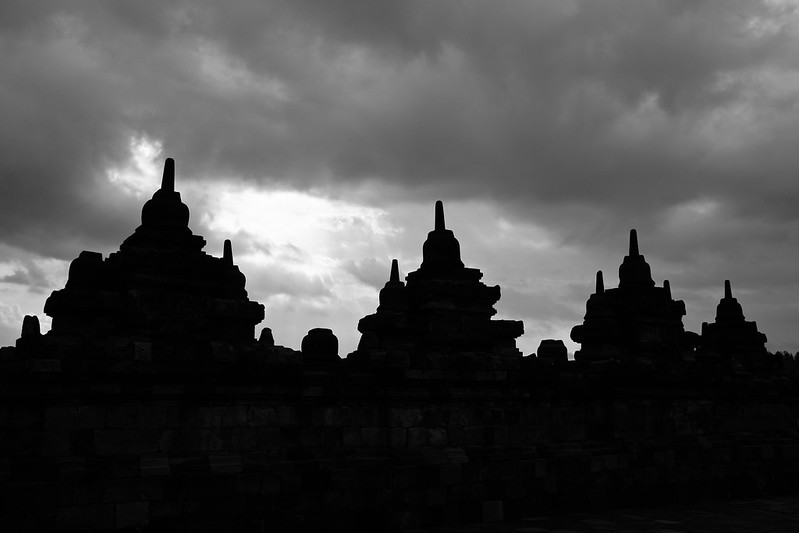 The whole thing is a bit like a fractal: the stupa is a repeated motif, and there are stupas upon stupas on the walls. Even the heads of the statues of Buddha are like the temple in microcosm, as each curl of hair looks like a stupa, and the pointed top-knot resembles the spire on the top of each stupa and at the summit of the temple. After a while, the feeling of zooming in and out on repeated details makes you feel a bit dizzy. 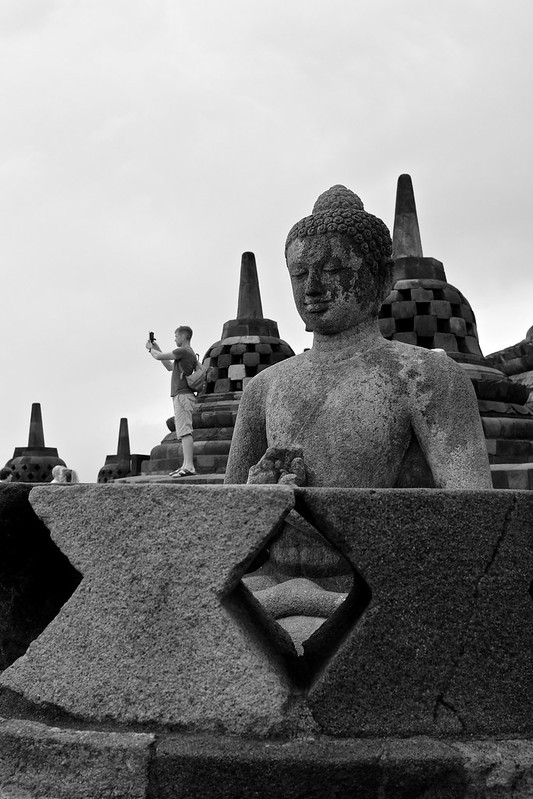 And the view… The view is spectacular, even on a rather grey and overcast day. The mountains in the distance softly recede in layers from the forests and vivid emerald rice paddies. Smoke drifts up in the distance in an echo of the spires of the stupas, which apparently represent energy shooting into the sky. 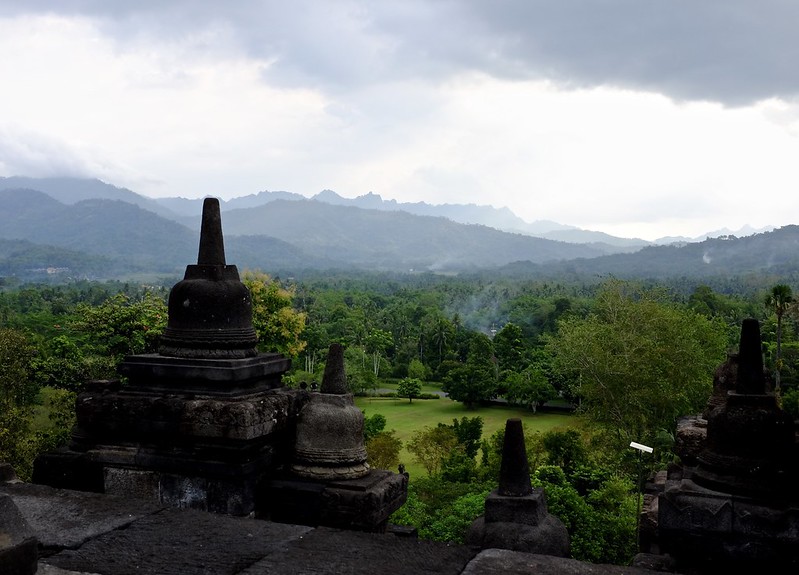 One stupa has lost its top, so you can clearly see the statue of Buddha inside. Apparently, the statues on each side — pointing in different cardinal directions — have different hand positions, symbolising an aspect of Buddhism.

I can’t imagine how beautiful it would be to visit at dawn and see the sun rise from the temple. Unfortunately, we didn’t get the opportunity to do that, but if I’m ever back there, I’ll make that a priority.