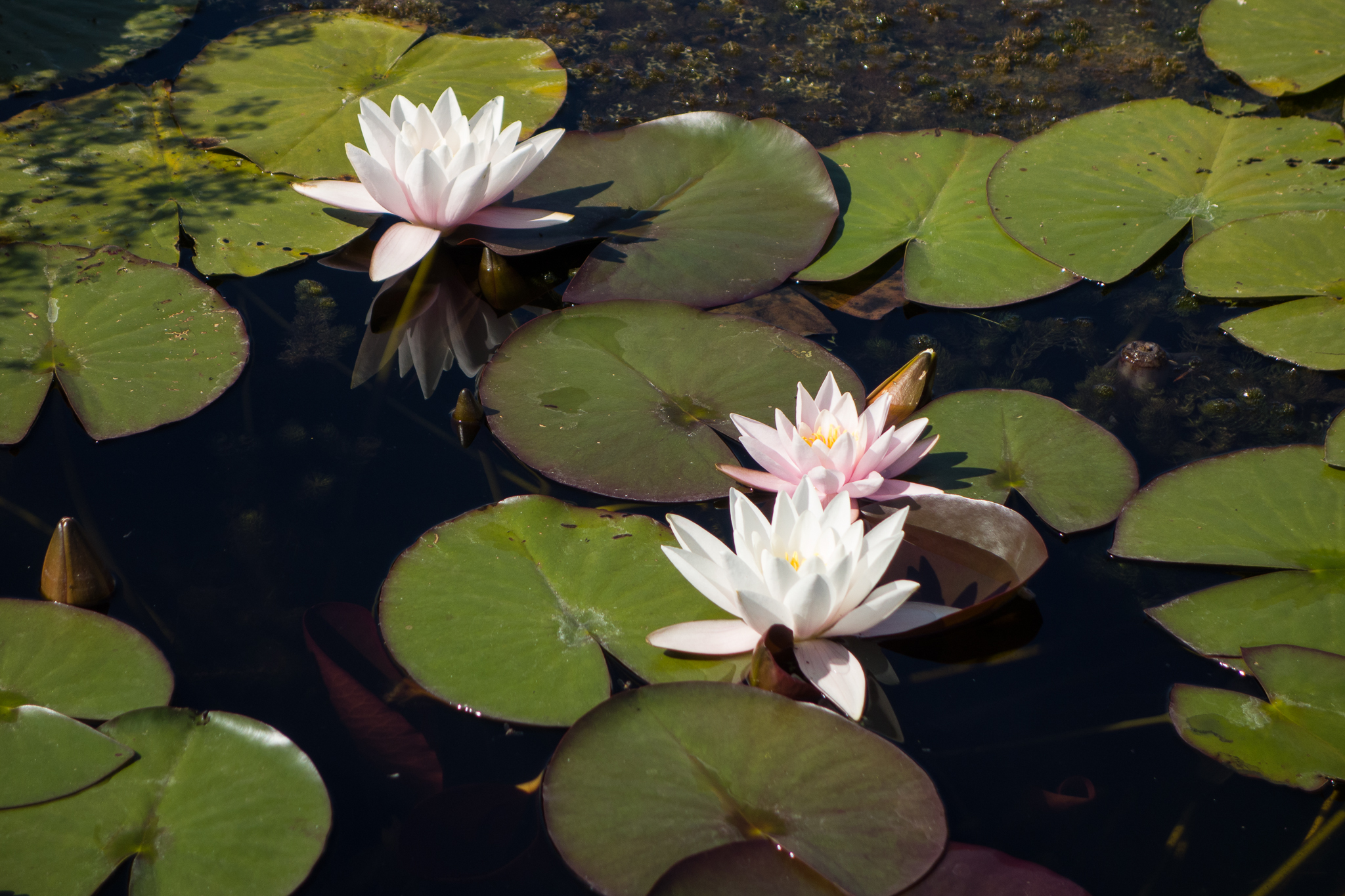 On Friday, we got back from 5 days away in North Norfolk, staying in a cottage we’ve rented a couple of times before. It seems to have been a rather long summer, and we were more than ready for a break. As much as anything, we wanted some of the peace and quiet that we get in the cottage and the surrounding countryside. I count myself lucky that we have a home at all, but I do wish that our environment was quieter. Between Tesco’s long opening hours and noisy customers, wannabe Isle of Man racing bikers, and those drunk people who bellow at one another outside our house at 3am, we generally don’t get enough sleep. After a while, it frays your patience and your sanity, and you never quite relax completely.

However long a holiday is, it never seems like long enough, but even this short break allowed us to let go of all the other stuff for a while. The weather was incredibly kind to us, so we spent most of the time outdoors, much of it walking1. But we also made sure that we stopped at frequent intervals and revelled in the quiet, broken only by natural sounds. Back amid the road noise and the reversing trucks again, I’m trying to hold on to the memory of those moments, and thought I should write them down, so that I can revist them later. 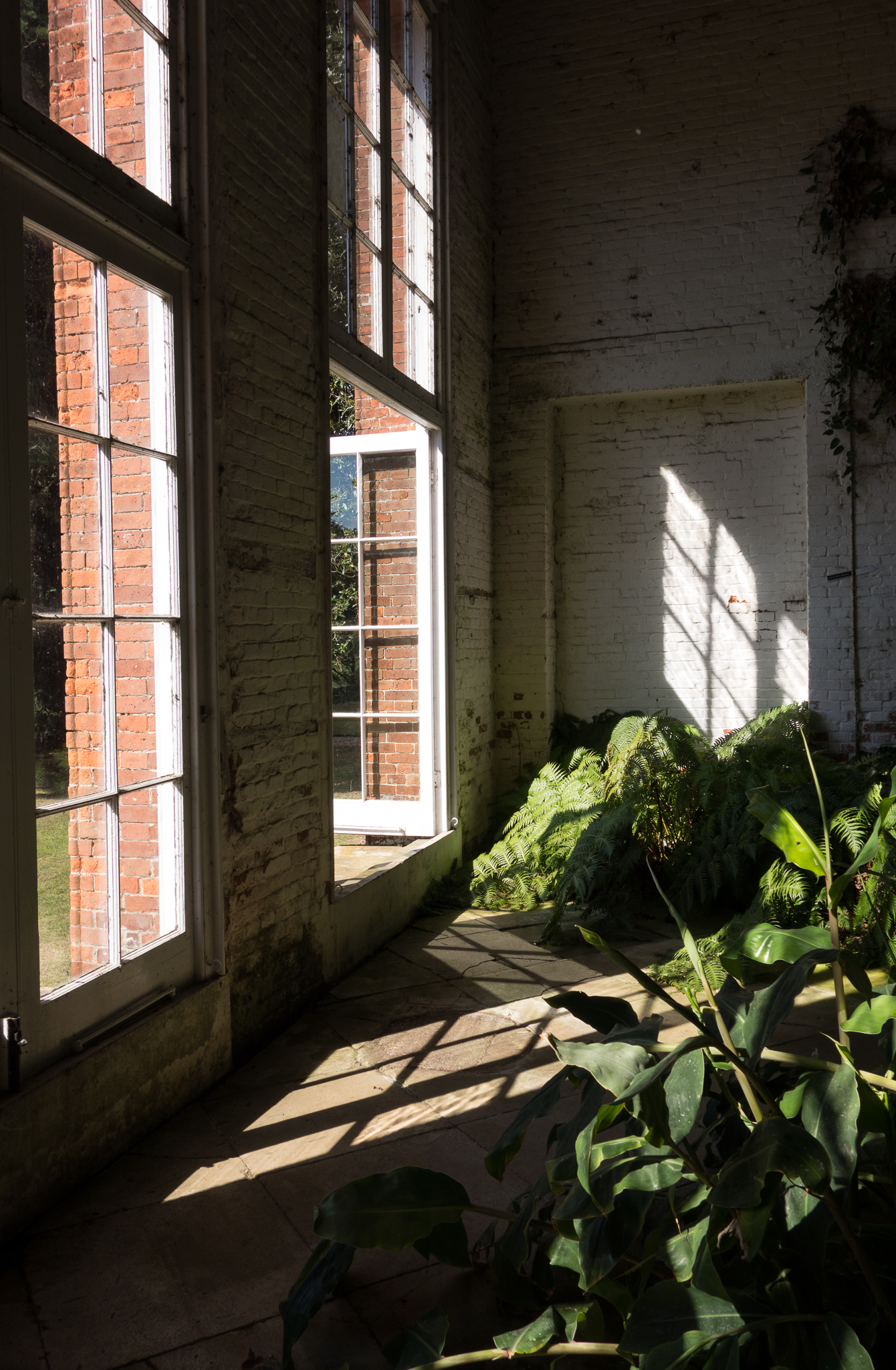 A visit to Felbrigg Hall that we had intended to last a morning ended up occupying the whole day. The place is enchanting, and we could (and did) spend hours just exploring the glorious walled gardens and the parkland. It was a very hot day, and as we started our wander around the outside of the house, we found the brick-built Orangery. It actually has orange trees in it, but also ferns and some other tropical foliage plants. It was extremely hot that day, and many of the large windows were open for ventilation. It’s hard to describe the extraordinary atmosphere in that Orangery. I’ve tried to capture it in the photograph above, but I’ll try to explain what I felt.

It’s a tall building, and the combination of the brick walls, the flagstone floor and the deep shade make it feel deliciously cool after the baking heat outside. The sun through the paned windows makes fascinatingly complicated pools of light and shade on the floor, walls, and the leaves. There are no flowers2, but the rich green foliage and neutral earth shades of the walls and floor feel tranquil and restful. It has the presence of a large and airy cave: cool, with a pleasant smell of earth and moisture, and a spacious kind of silence. We take some photos, then sit on a bench in the Orangery, gazing out at the white hot day from the sanctuary of our cool, green cave. We feel we could stay there for ever. 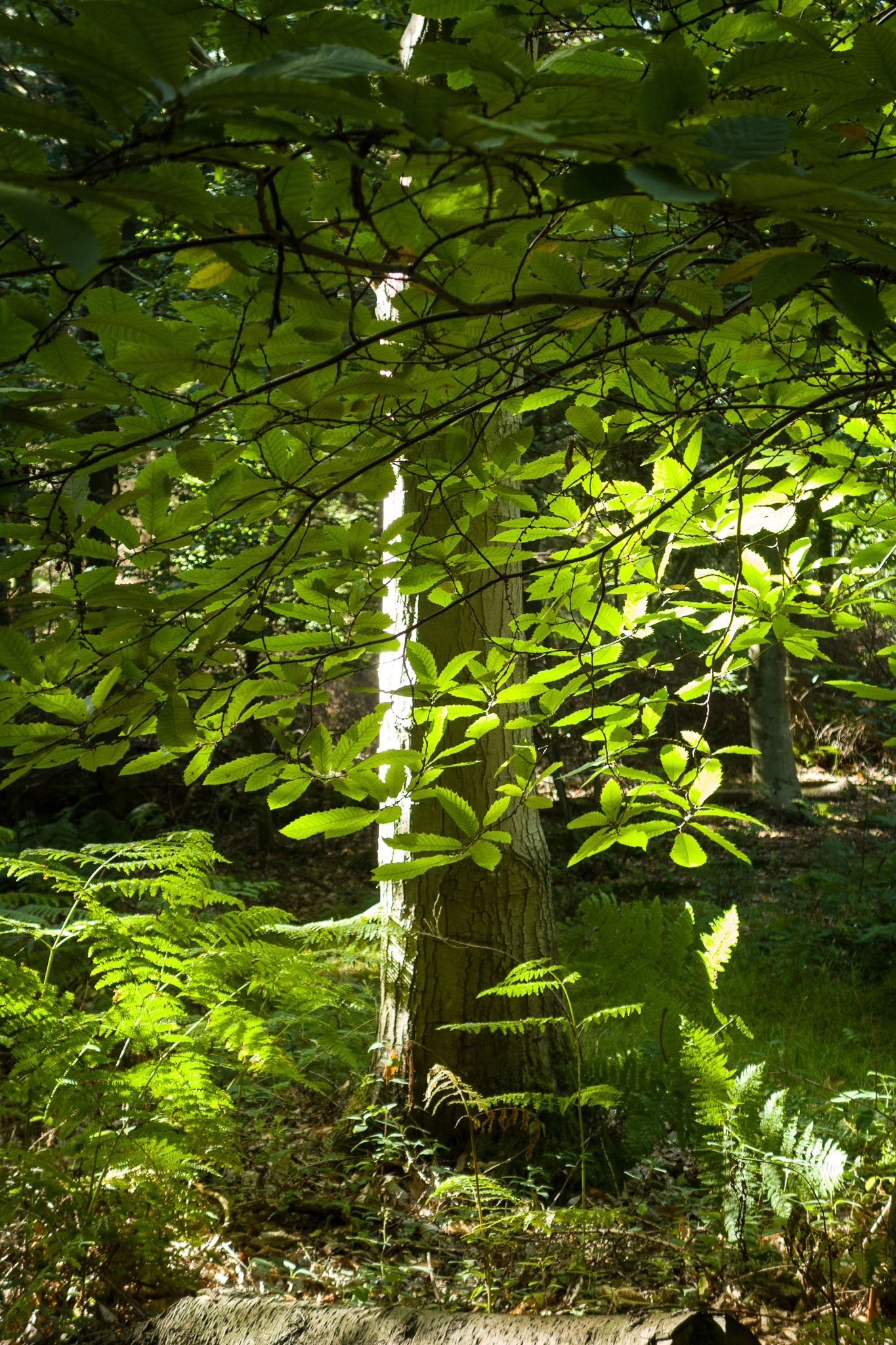 Later that day, we stopped to eat our lunch on a lawn in the shade of a young oak3. Mr. Bsag was participating in Drawing August on Twitter, so after we had eaten, he started a sketch, and I took the opportunity for a siesta.

It’s a perfect temperature in the shade of this oak. In the sun, it’s uncomfortably hot, and the light is fierce, but lying on my back looking up through the filtered green light of the oak’s canopy, it’s just right. There’s a gentle breeze brushing my skin and making the leaves lift and shimmy. The sunlight and dancing leaves make a mesmerising kaleidoscope of every green imaginable, shifting and making wonderful patterns. I lie and watch this for a long time before the susurration of the leaves and the warmth4 makes my eyes close and nudges me over into a light sleep. It’s a lovely sleep, surfing the edge of consciousness, dipping in and out of the sensations of the waking world. 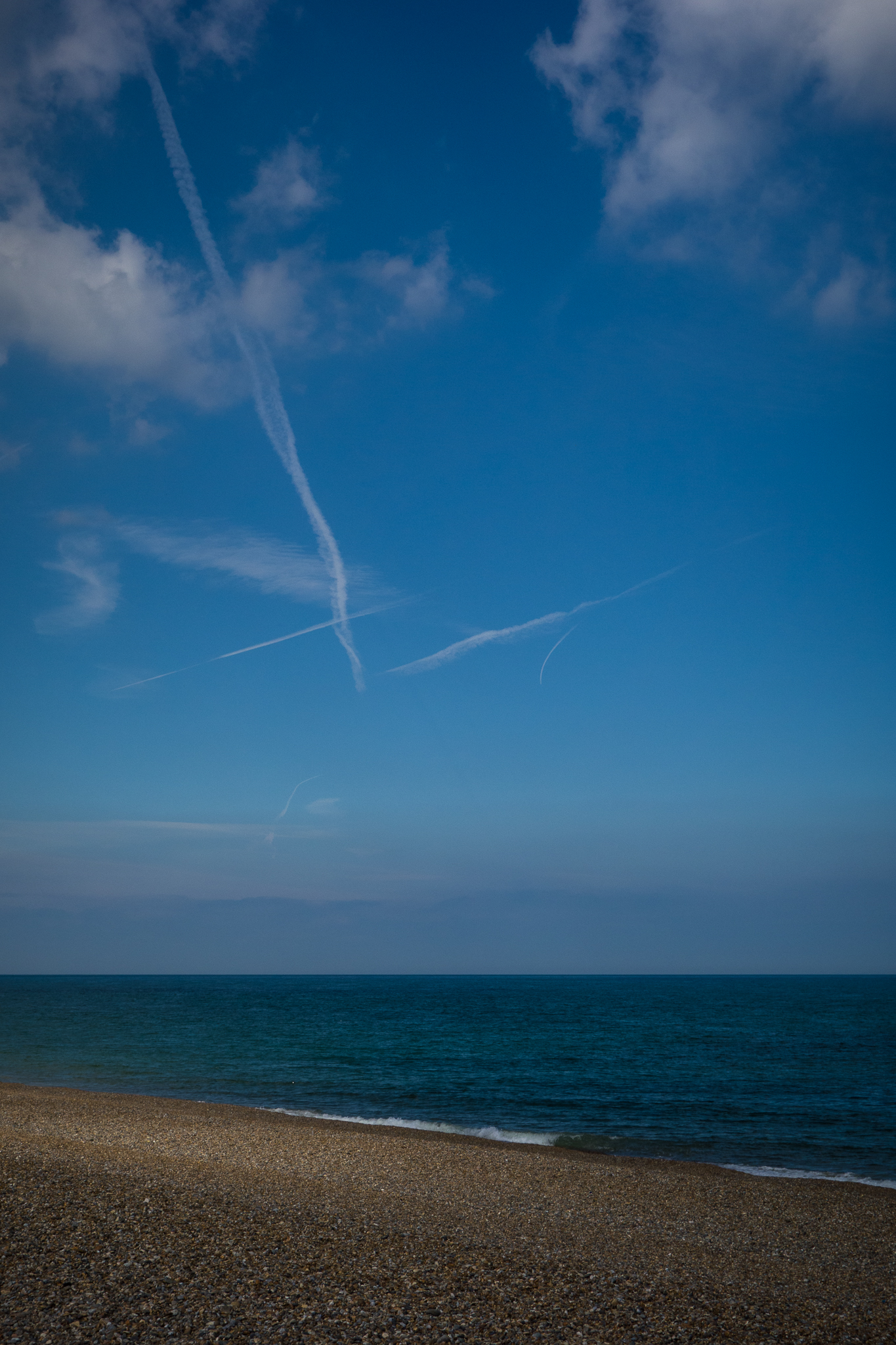 One day, we did a great two-part walk from Blakeney to Cley and back, circling out towards the sea through Blakeney Freshes, then inland to Cley5, and back out again to Cley beach. We crunched along the shingle to find a quiet bit of beach, and then sat looking out to sea as we ate our lunch.

I can look at the sea for ever. It fascinates me. If I’m honest, I prefer the wilder, rocky coasts of the West Country, Wales or Scotland, but on a clear blue day like this, it’s hard to beat the huge skies and endless horizon of East Anglia. So many different blues, stacked up over the earth shades of the shingle. The rhythmic boom and hiss of the waves, and the clinking clatter of shingle as the fingers of the wave rake through it. Like the slow, calm breath of an old companion, it slows my own breathing. I sit, gently raking the pebbles with my fingers, looking at the sea. And breathing.

If you’d like to see more photos, I’ve put a gallery up on Wings Open Wide.